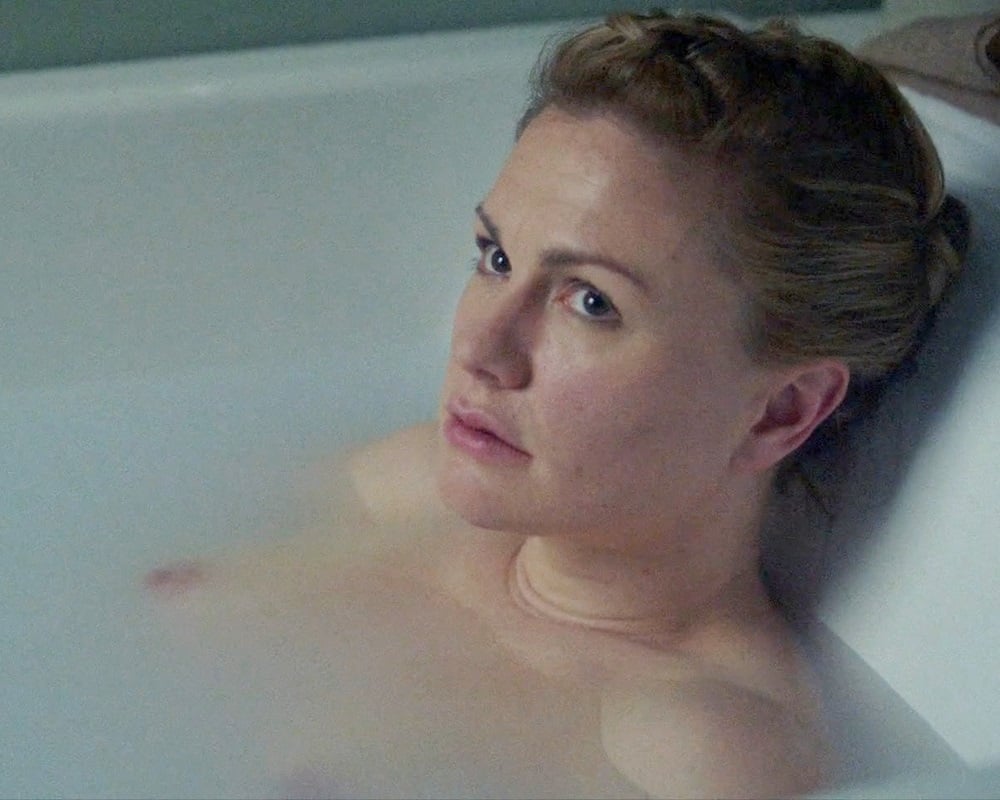 Anna Paquin gets “blacked” in her latest nude sex scene from the Showtime TV series “The Affair” in the video below.

After years of being a fuck toy for vampires and werewolves on HBO’s “True Blood”, Anna Paquin is certainly no stranger to getting her sin hole slammed by sickening sub-humans… But this dirt skin Sub-Saharan is certainly a new low for her.

Of course it is not like Anna had much choice in the matter. For Zionist controlled heathen Hollywood does not hide its “progressive” race mixing agenda. In fact, I can not remember the last time that a white actress engaged in heterosexual intercourse with a man of her same race… With this not so subtle brainwashing, is it any wonder that the Western world is so quickly filling with unnatural mixed race mongrel mud-bloods.