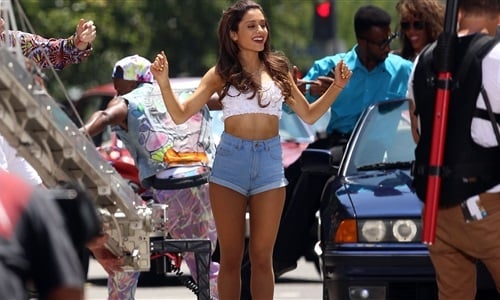 Nickelodeon star Ariana Grande shows off her bare midriff in a crop top and her upper thighs in short shorts in the photos below from the set of her new music video.

Clearly in this music video Ariana Grande is playing a degenerate singing hooker who causes a traffic jam when she tries selling her ass in the middle of the street.