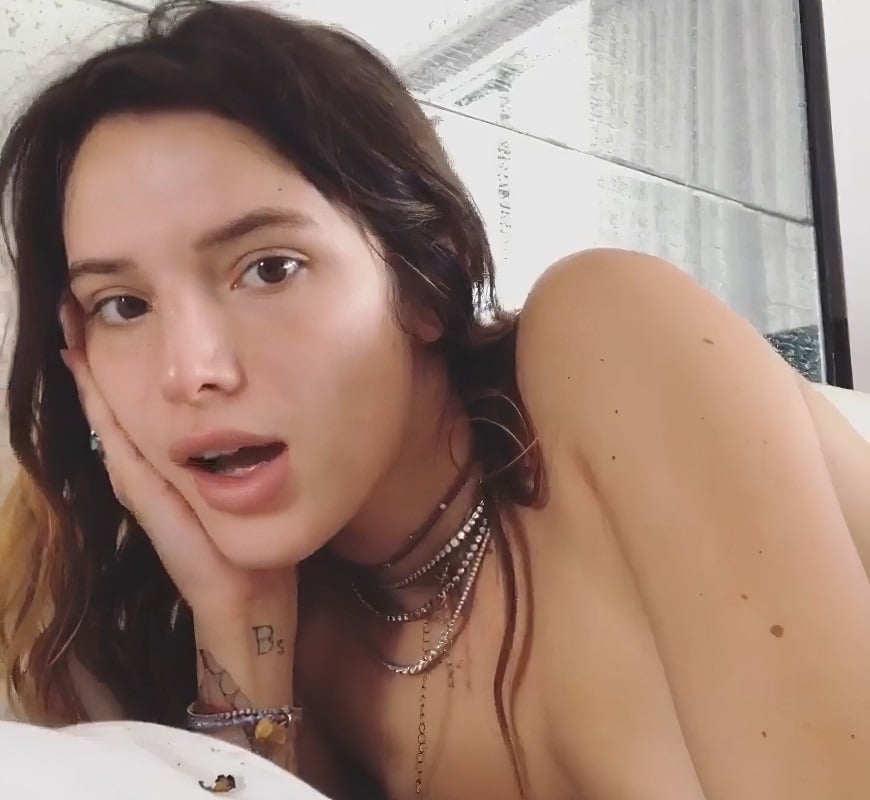 Just when you think that former Disney star Bella Thorne has hit rock bottom, she goes and posts the video below of herself laying in her bed topless shilling for some shitty TV show on BET.

With her whorish social media obligations complete for the day, Bella then went to the beach, stuffed her acne riddled face with pizza, and flashed a tiny bit of her nipple in the candid bikini photos below.

There is no denying that Bella Thorne’s career has seen a resurgence in recent months since she leaked her own nude photos after claiming that she was threatened with blackmail by a hacker.

One has to give credit where it is due, and Bella’s hacking hoax was an undeniably brilliant PR move. What Bella is going to do with her new 15 minutes of fame, remains to be seen… But by the look of these photos and video clips it appears as though old habits die hard, and Bella is going to once again squander her brief time in the spotlight by being a nasty degenerate gutter skank.