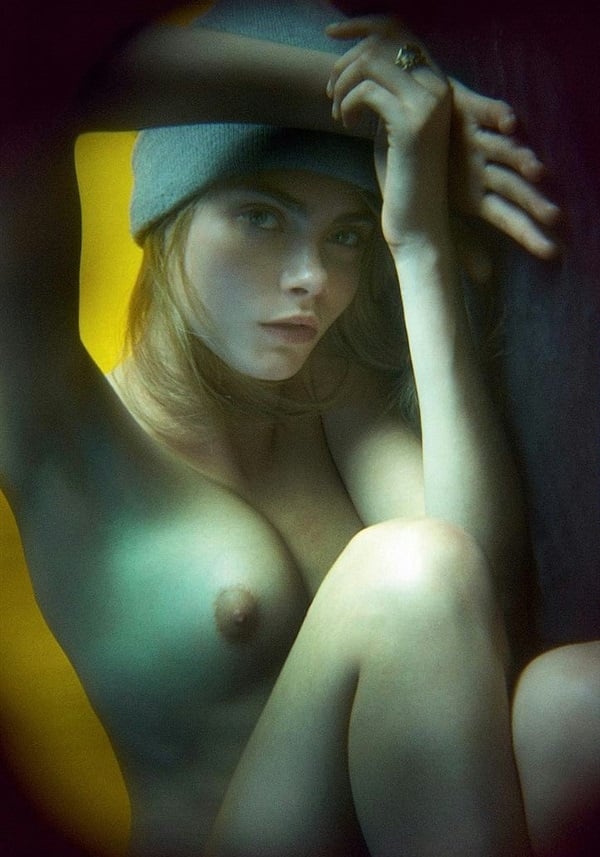 Lesbo model Cara Delevingne shows off her famous big bushy eyebrows and bare titty in the new topless photo above.

With such righteously hairy eyebrows it always seemed like such a shame to us Muslim men that Cara would continually commit vile acts of lesbodyking with the likes of Selena Gomez, Taylor Swift, and Kendall Jenner. However, after seeing that Cara’s shaggy pubes are confined to her forehead and do not coat her sex organs like we would have hoped, we no longer feel any regret about her blasphemous choice in sexuality and one day soon we will be able to stone her with a clear conscious.