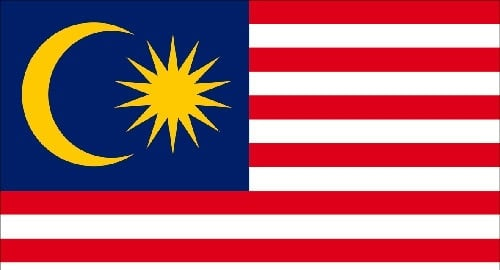 Over the weekend Celeb Jihad received a threatening email from the Malaysian government demanding that we remove our holy Islamic celebrity gossip site from the Internet. The audacity of a country that is a mere 60% Muslim to make demands upon our most respected of Islamic websites did not go unnoticed.

This slight against Celeb Jihad was the last straw for many Malaysians who have taken to the streets to riot against the corrupt government officials, and demand that they step down at once so that the people may enjoy the freedoms of a true Muslim theocracy operating under Sharia law.

Yes it is a grave error to go up against Celeb Jihad, as Taylor Swift found out when she launched an attack against our glorious website only to be defeated and humiliated. Malaysia will meet a similar fate as they have already lost all the goodwill they gained earlier this year from extraditing the journalist Hamza Kashgari to Saudi Arabia to be executed for insulting the Prophet Muhammad on Twitter.

Before we can even begin to think about forgiving their insolence, we here at Celeb Jihad demand a formal apology from the Malaysian government. Furthermore we demand that as a sign of contrition Malaysia make an offering to us of 7 of their hairiest and most fertile virgin brides, 2 of their smoothest and tightest boys, the heads of any Jews that may reside in their lands, and last but not least, an adorable spider monkey.

Malaysia would be wise to meet our demands as they are a country of just 29 million people with a GDP of a mere $447 billion dollars, and are no match for us virile Arabs and our most powerful of celebrity news sites. Allahu Akbar!