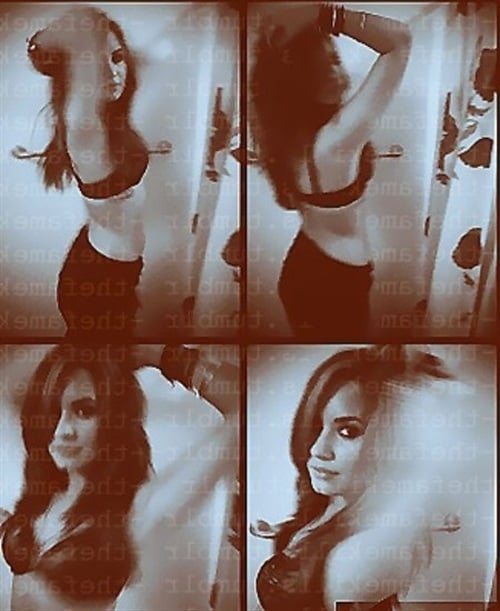 Troubled teen Disney star Demi Lovato, who recently escaped from rehab after just 3 short months, had the above racy half naked pictures leaked to the Internet today.

Who is behind the leak is still unknown, but I would be willing to speculate that it is either a drug dealer Demi owes money too, the Obama administration to the distract public from the economic crisis, or Demi Lovato herself because she is just that deranged.

Furthermore these pictures appear to be from a video. Could that video be the inevitable Demi Lovato sex tape I have been predicting for years? Probably!

Demi Lovato is a severely twisted and disturbed young lady. She is a menace to society and constantly in violation of Sharia law. Demi obviously needs to be institutionalized post-haste before she does any more damage to herself and offends Allah further with her sluttery. Allahu Akbar!