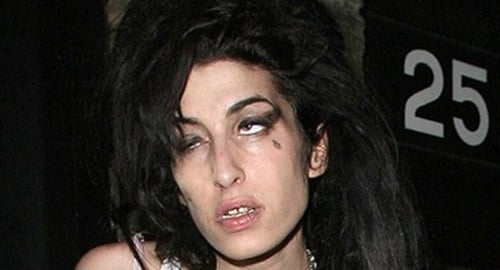 As we reported a few years ago, the Human Immunodeficiency Virus, commonly known as HIV, was distraught when it found out that it had contracted Amy Winehouse. However, HIV received some good news this weekend when it learned that it had been completely cured, and is now 100% Amy Winehouse free!

In a press conference held at the Mayo Clinic, HIV along with fellow Amy Winehouse suffers gonorrhea, herpes, whooping cough, and gingivitis, spoke with the media about how it feels to finally be rid of Amy Winehouse.

“It is just a huge load off my chest” said HIV. “I feel like I can breathe again” added whooping cough.

While the exact cure for Amy Winehouse has not been made public yet, doctors are already speculating that it may have been a potent mixture of crack, crystal meth, boxed wine, and horse tranquillizers that finally did her in. It will be interesting to see if doctors can use this knowledge to create a vaccine to protect against other terrible diseases such as Tila Tequila and Lindsay Lohan.