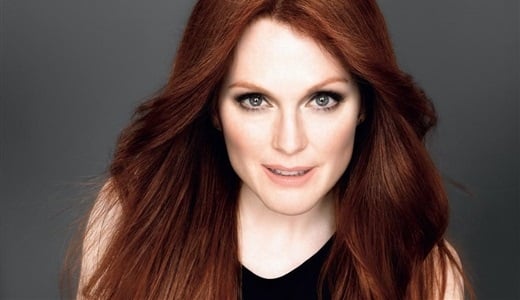 The graphic hardcore sex scene below, featuring Academy Award winning actress Julianne Moore has just been leaked online by hackers. The hackers said they leaked this video in response to Hollywood’s stubborn refusal to execute Seth Rogan and James Franco for their roles in the atrociously humorless movie “The Interview”.

As you can see in this never before seen clip, Julianne Moore rides and then jerks off some timid homoqueer. This sex scene is an outtake from the movie “Savage Grace”, which is just one of Julianne’s numerous critically acclaimed films, as this saucy redheaded minx has had a long, illustrious, and extremely depraved career in heathen Hollywood.