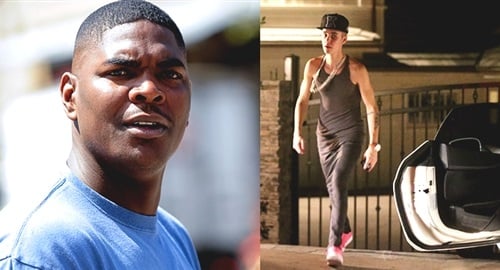 Justin Bieber has apparently had enough of people saying that he ran and hid inside when former football star Keyshawn Johnson came to Bieber’s house to confront him about his speeding in the neighborhood.

According to witnesses Justin Bieber went to Johnson’s house last night and began screaming at Keyshawn that he “Better stop talking sh*t!” and that “I’m not afraid of you, I’ve sucked bigger dicks than yours bro!”

Bieber went on to threaten Keyshawn further by telling the football player that “I’ll lick your balls so hard, and then eat your ass until you cry motherf*cker! You don’t know who you are messing with! I’m from Canada homie!” Keyshawn Johnson was reportedly visibly shaken by the confrontation.