‘Killers’ is Too Awesome to be Screened for Critics 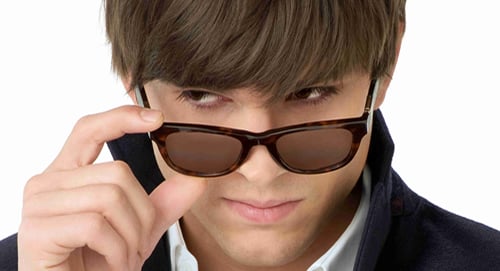 Killers, staring Katherine Heigl and Ashton Kutcher, premieres June 4th, but you won’t be seeing many advanced reviews. That’s because the studio behind the film thought it was simply too awesome to be screened for critics in advance. In fact, some executives at Lionsgate felt the cinematic tour de force about a secret spy and his stupid girlfriend was so incredible that critics’ heads might explode from witnessing it.

In today’s socially connected marketplace, we all have the ability to share feedback instantly around the world. In keeping with this spirit, Lionsgate and the filmmakers want to give the opportunity to moviegoing audiences and critics alike to see `Killers’ simultaneously, and share their thoughts in the medium of their choosing. We felt that this sense of immediacy could be a real asset in the marketing of `Killers.’

Yeah, I bet you did, Mr. Lionsgate PR guy. Kind of like when you convinced that fat girl you were banging in college that you’d both be better off if you kept your relationship a secret. (AP/Cinemablend)