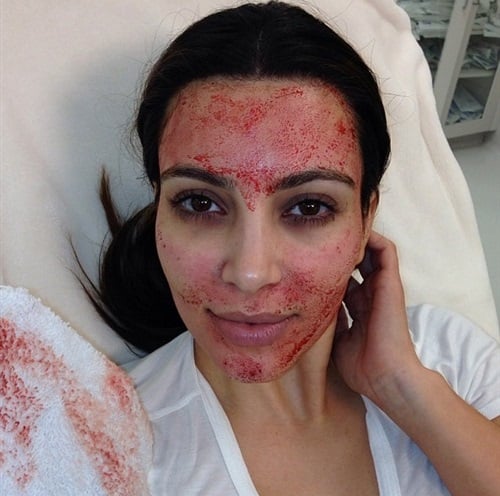 Kim Kardashian’s face covered in blood is an image us Muslim men have long fantasized about.

Unfortunately Kim’s bloody face is not the result of a righteous stoning, but rather a cosmetic treatment called a “blood facial” which is used to remove years of crusted on black man juice from mudshark whores.