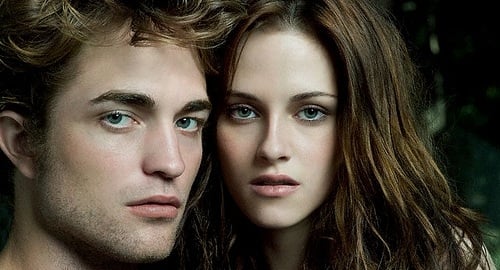 Twilight star Kristen Stewart has confirmed that she is Robert Pattinson’s beard. For those who do not know a “beard” is a girl who serves as a gay man’s companion to hide his sexual orientation.

The startling revelation comes just one week after Robert Pattinson slipped up and admitted to Details magazine that he is “allergic to vagina”. In a move to save his considerable female fan base Robert Pattinson tried to use his trusty beard Kristen Stewart once again saying “It is extremely difficult but we are together, yes. We can’t arrive at the same time because of the fans”. He then went on to blame the fans for him failing to consummate the relationship adding “how am I to be expected to penetrate a vagina when we have fans all over the place?”

For her part Kristen Stewart has finally come to the realization that she is just Robert Pattinson’s beard saying “I guess that explains the strap-on and our role playing games were he calls me ‘Frank’.”