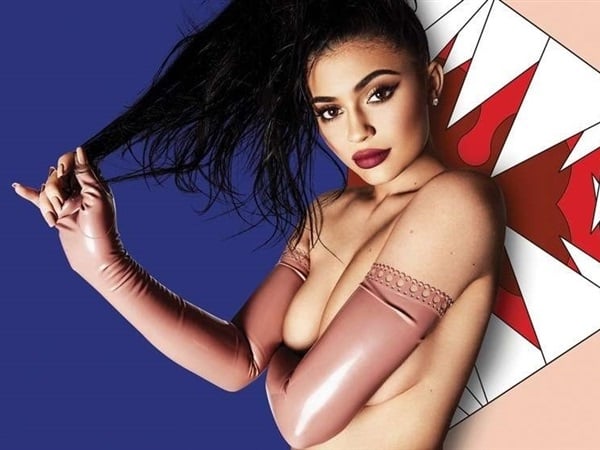 Kylie Jenner wrangles her bulbous tits behind her arms while topless in the photos below from the new issue of Complex magazine.

Of course there is nothing “complex” about what should be done to Kylie Jenner and her unruly Armenian gypsy breasts, as it involves a chopping motion with a sharpened scimitar. However, what is complex is the West’s continued obsession with this Karadashian/Jenner clan of degenerate gypsy whores, for us pious Muslims see them all as vulgar gutter trash that should be taken out as soon as possible.

However after studying these Kylie Jenner photos, Muslim social scientists in Riyadh have come to a startling revelation… Which is that despite her clownishly oversized sex organs the vast majority of infidels can not possibly find this frumpy slut attractive, and the only reason the Kardashians and Jenners continue to persist in Western culture is because the Zionist Jews who control it are performing a Satanic psyop to torture and torment the goyim populace.