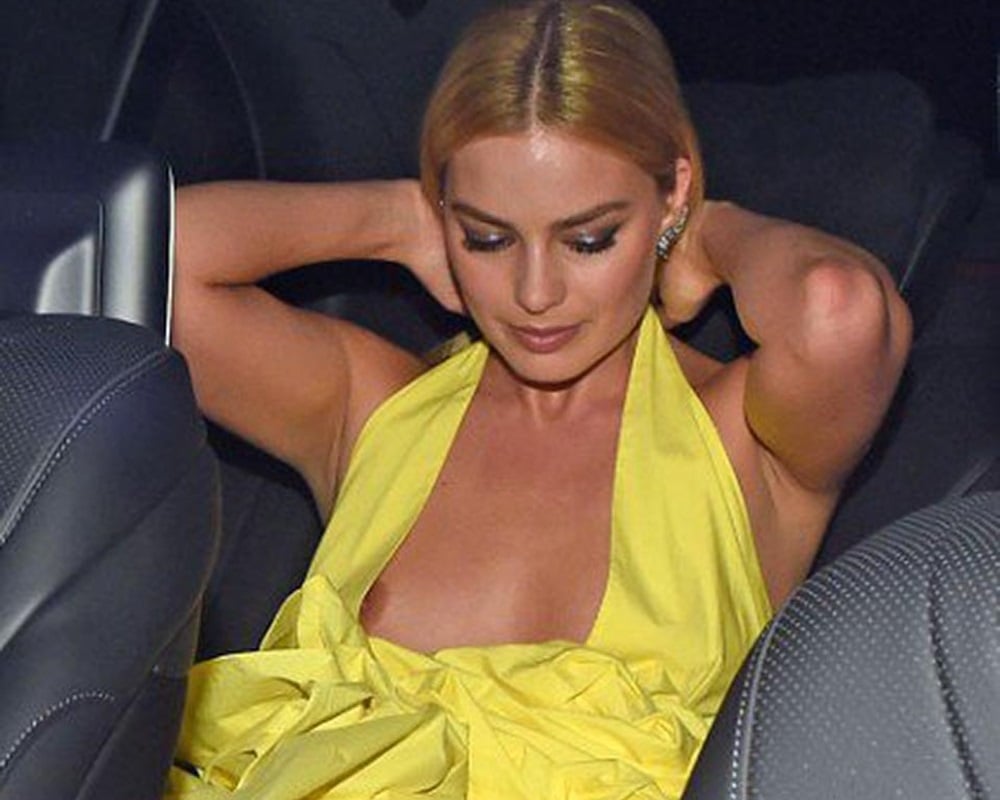 Margot Robbie “accidentally” suffers a nip slip while wearing a ridiculously low cut dress in the photos below.

Of course there is no such thing as an accidental nipple slip, especially when it involves a whore like Margot Robbie who’s tits were constantly teetering on the edge of falling out of this dress. For any woman who wears something like this clearly wants to show her sinful tit toppers, just as certainly as she wants to be dragged into a dark alley and cultural enriched by a gang of virile Muslim men.