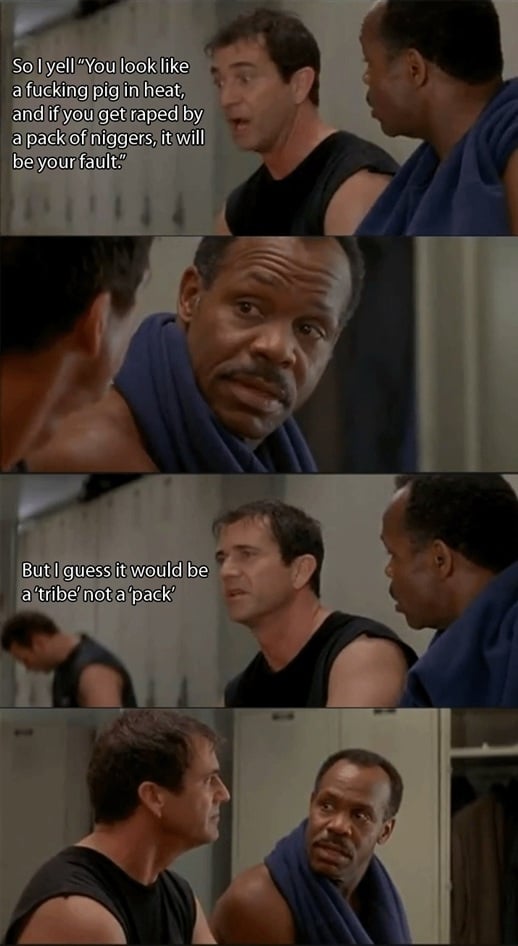 With all the controversy swirling around Mel Gibson’s alleged racist phone message to his baby mama Oksana, Mel decided to have a sit down with his favorite N-word Danny Glover to talk out were he went wrong.

According to this picture it appears as though Mel has learned his lesson. In this day and age you have to be culturally sensitive. Referring to a group of n**gers as a “pack” is insulting. The politically correct terms are “tribe”, “gang”, or “Lakers”.

Yes with the help of his good pal Danny Glover, Mel Gibson has learned the error of his ways, and will be more politically correct when insulting his future girlfriends.