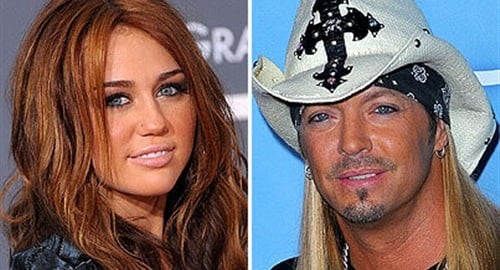 Besides being one of the greatest songs ever written featuring 2 of the greatest vocalists of our generation in Miley Cyrus and Bret Michaels, this song also features an underlying tone of taboo erotica. The song “Nothing to Lose” is reminiscent of Nabokov’s literary masterpiece “Lolita” in its subtle sexual undertones. The 46-year-old womanizer Bret Michaels and the 17-year-old slut Miley Cyrus singing about their love for each other is as good as it gets.

I assume the songs title “Nothing to Lose” refers to Bret’s disregard for the jail time he will undoubtedly serve once the district attorney hears this track. Listen to the Miley Cyrus Bret Michaels “Nothing to Lose” duet for yourself below.