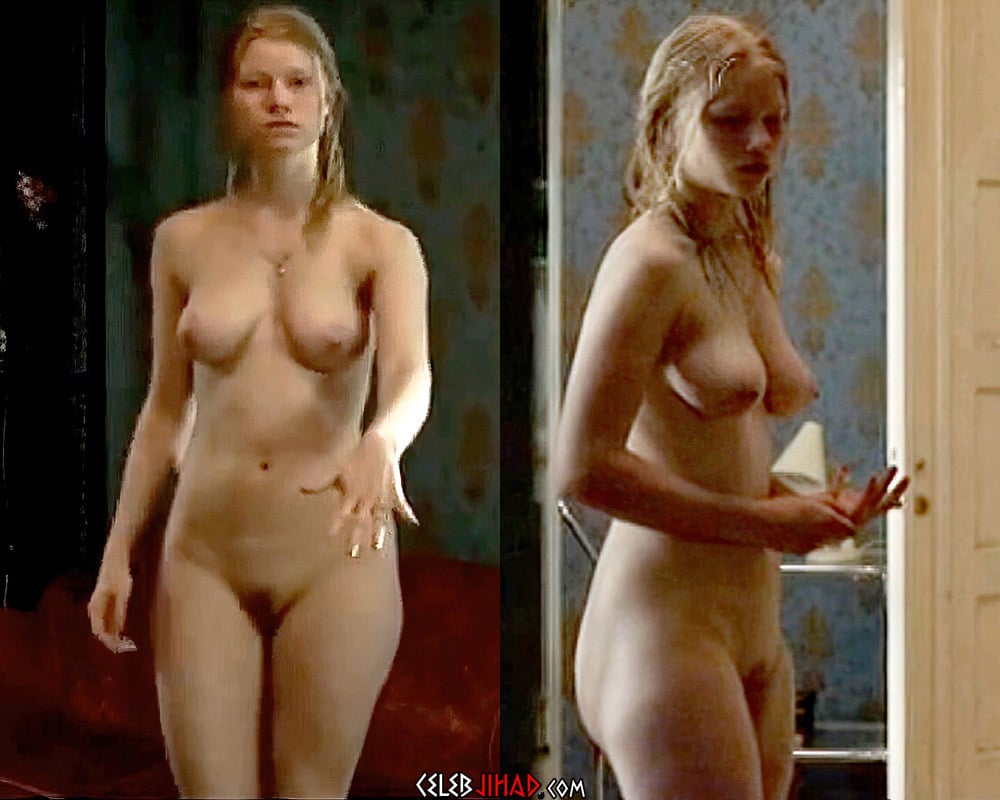 This viking vixen has a lot of nerve swinging her Swedish meatball titties in our face like this. For thanks to its progressive open door immigration polices the future caliphate of Swedenstan is at hand.

And you better believe that once Sharia law is established the virile Muslim invaders refugees that have conquered this icy Islamic paradise will suckle on Roosa’s amble Nordic knockers with more vigor than they did from the welfare teat of the nation. For only after Roosa’s impressive udders receive a thorough tongue lashing from a mighty Muslim will they learn the necessary humility to be properly duct taped down behind a thick black wool burka.