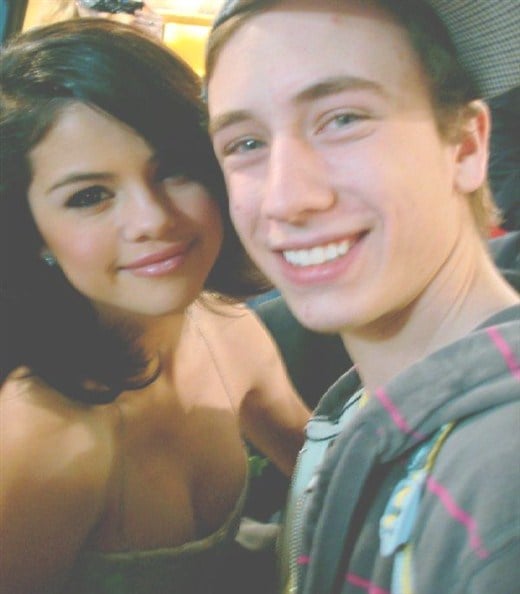 Selena Gomez and her boobs posed with this doofus to raise awareness about Selena’s rack.

An often overlooked part of Selena’s soon to be legal teenage body, her breasts have a coming out party of sorts in this candid shot. Obviously her boobs are no longer willing to play second fiddle to her face and have come out swinging saying, “Hey look we have cleavage. Stare at us.”

No word yet on how the rest of Selena Gomez’s body feels about this power move to grab the headlines, but there has been speculation that her butt has requested some serious gym time.

Selena Gomez will be turning 18 years old on July 22nd so there is understandably a lot of excitement going on with her body. Nothing is more fulfilling for a woman than to be objectified by being valued only for her looks, and once Selena reaches that magical age of 18 it will become socially acceptable in western society to make all sorts of overtly sexual remarks about her taut frame. I for one have some particularly dirty stuff saved up and can hardly wait.