Snooki Has a Boyfriend 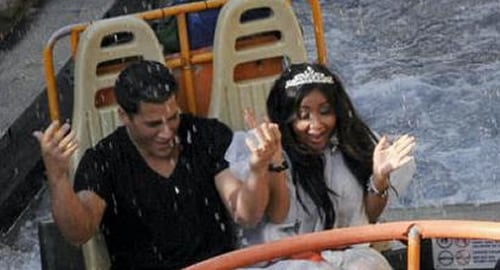 A diminutive orange troll that answers to “Snooki” has kidnapped a man, taken him to Florida, and made him endure a place called “Disneyworld”, presumably at gunpoint.

As of now, no arrest has been made, as the gentleman appears safe, but frightened. Authorities have warned that should you see a Snooki, do not feed, pet, or antagonize it, as it lacks any semblance of human characteristic save for vanity.

The Snooki has tweeted that she met “that one person and your life is changed,” which suggests that he may have been targeted some time ago. If anyone at Disneyworld is reading this, please be vigilant and remember that a Snooki can often hide itself by appearing as a short pile of hair.