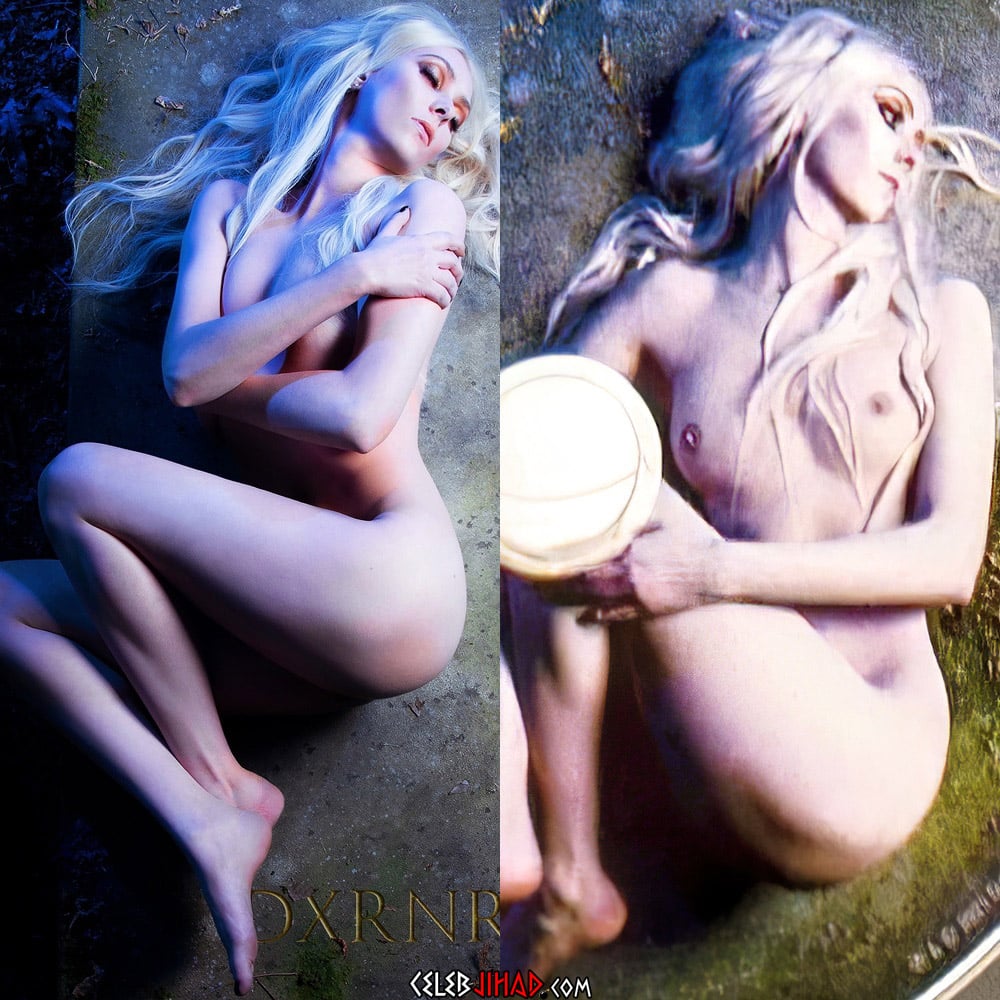 Taylor Momsen shows off her nude titties while topless on the CD label for her band “The Pretty Reckless” new album… No doubt Taylor thought that nobody would see this nude album art, for not only does her music stink but no one in the known universe still buys CDs. 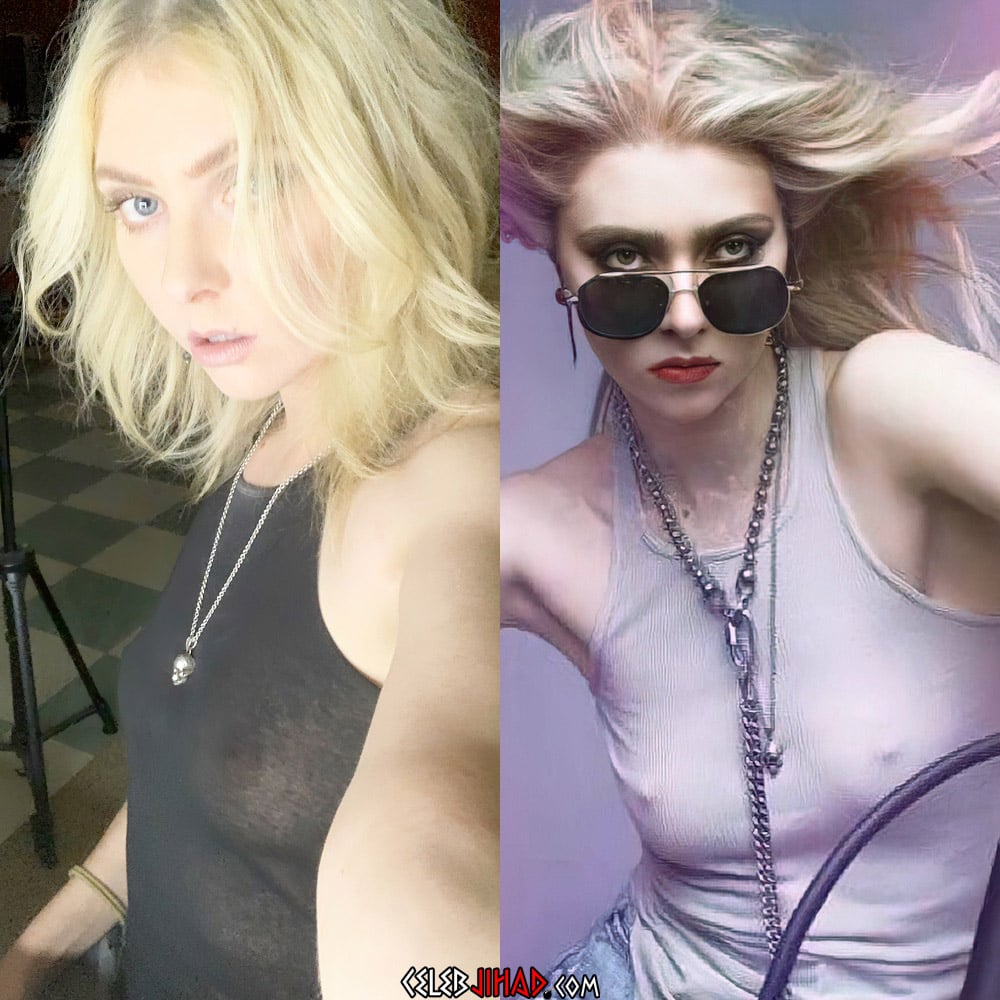 Of course that isn’t to say that Taylor is upset that people are seeing her bare breasts, as she has been teasing showing off her tit toppers quite a bit recently (as you can see from the photos above and video clip below).
However, if Taylor wants this “badass rocker chick” schtick to stick, she needs to do a lot more than expose her boob bags.

For this is not the 1980’s any more when a pretty girl in tight black leather would get people excited, as the infidel masses’ degeneracy has grown exponentially through time.

In fact, for Taylor Momsen to really make a splash nowadays she’d have to shove that motorcycle right up her snatch… While twerking her ass.
Taylor Momsen Topless Nude Album Cover Art was last modified: January 18th, 2021 by Durka Durka Mohammed