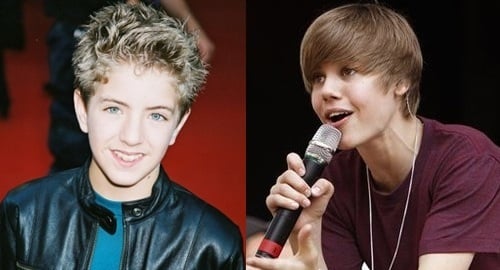 I know it’s become fashionable to rip on Justin Bieber. That is not my intention. Please just humor me for a second.

So imagine there’s this young, good-looking, kid singer who comes out of nowhere and turns the whole music industry on its head, achieving phenomenal success and creating his own cottage industry in a matter of months.

Think you know where I’m going with this?

Who the hell is “Billy Gilman”, you ask?

That’s what he’s counting on.

You see, this “Billy Gilman” is actually “Justin Bieber”. And neither of them are actual children.

Play along with me just a little longer, trust me. And keep in mind the state of plastic surgery in the year 2010.

Now we’re going to imagine you’re a midget with a pretty good singing voice. You’ve been to every label in Hollywood, but nobody’s buying. People don’t want to watch a midget unless he’s in a Leprechaun suit or dancing around in a rap video. Proven fact.

The problem is, their tastes are fickle. Kids get old. And ugly. Yesterday’s Justin Bieber is today’s Danny Bonaduce.

But not you… you stay pretty much the same.

So you’re smart. You’re patient. You pick and choose your territories.

The country music fans of ten years ago aren’t going to remember Billy Gilman. And if they are, what would they be doing studying the flavor of the month pop artist their kids are listening to now? They wouldn’t.

Look, I’ve only connected these two dots, who knows how far this thing goes back. 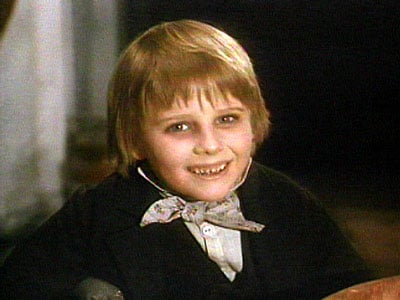 I know you’re asking yourself all sorts of questions right now and that’s good. You should. Because when you find the answers to those questions, when your mind is made up, you’ll come and find me and we’ll put a stop to this. Together.

But to start you off, there are doctors in Canada who will change your vocal chords so you can sound like anyone. Just like that movie, “Face/Off”, only for real.

And before I leave you, if you’re thinking this is all ridiculous skylarking because midgets aren’t evil, immortal beings, they’re just “little people” like you and me, only smaller, well then I implore you to go out and Netflix “The Orphan”.

And when you’re done, read this: http://www.phoenixnewtimes.com/2007-02-22/news/arrested-development/full