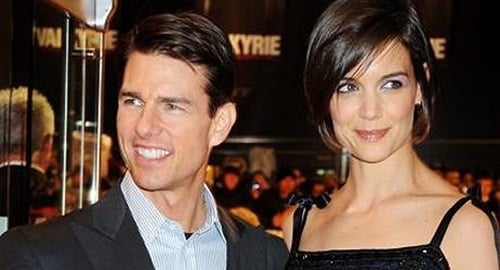 Tom Cruise and Katie Holmes have announced that they will be getting a divorce after fulfilling their 5 year marriage contract.

Katie Holmes will obviously be paid an undisclosed amount of money for completing the full 5 years of marriage, providing Tom with the contractually obligated one child, and for ignoring the continuous loud male grunting coming from Tom’s “man cave”.

Tom Cruise will be granted nothing but kind words in the press from Katie Holmes after the divorce, and according to a source is, “Extremely excited to get back out there and have all the sex with ladies in their vaginas… which he does not find gross at all.”